Protocol for preparation of a program or strategy of the municipality for gender equality; Protocol for organizing a citizens’ gathering (budget forum); the Media Communication Protocol; Protocol for communication with non-governmental organizations, the business community and other institutions as well as the Protocol for handing over the position of Equal Opportunities Coordinator are the documents that were presented to the members of the ZELS’ Lobby group for gender equality of women and men at the workshop held on September 18th, 2020, in Skopje. It is an eighteen-member Lobby group, composed of women mayors and presidents of municipal councils, as well as a certain number of mayors, established by a Decision at the twelfth session of the Management Board of ZELS, held on November 6th, 2019. The establishment of this Lobby Group resulted from the activities identified within the Project “Towards Gender-Responsive Municipalities: Strengthening Municipal Capacities for Gender Equality Policies and Gender Responsive Budgeting”, which ZELS is implementing with the support of UN Women from last year and which will be implemented by 2021. The aim of the ZELS Lobby Group for Equal Opportunities for Women and Men is to provide a strong, homogeneous body that will represent the interests and policies of the local authorities in this area in front of the central government. In that direction, at this workshop organized by ZELS, in addition to the experts, a representative from the Ministry of Labor and Social Policy was invited, who presented to the participants the main directions that are planned to be incorporated in the draft-concept that the MLSP is preparing for the drafting of a new Law on Gender Equality. 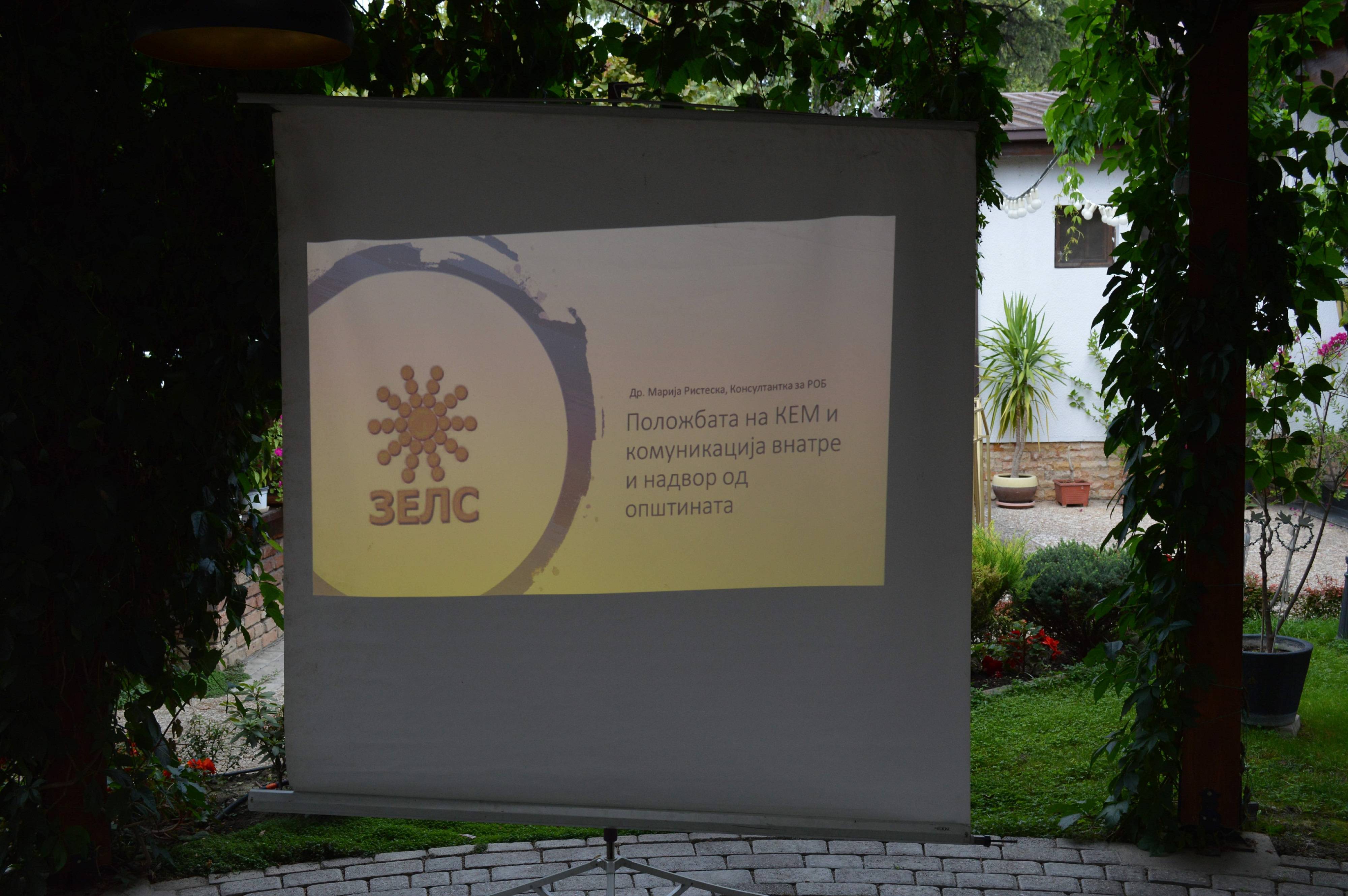 - “Strengthening the capacities of the Lobby Group for equal opportunities for women and men, is the main focus of ZELS this year, during the implementation of the project ”Towards gender-responsive municipalities: strengthening municipal capacities for gender equality policies and gender-responsive budgeting. " We are proud that in the whole region and beyond we are the only country where the local authorities within their association of municipalities, have established a body through which their policies will be represented in building new legal solutions and creating a gender perspective at the local level, and of course, in determining the appropriate conditions for their implementation. “This was stated by Dusica Perisic, Executive Director of ZELS, in front of the attendees at the workshop. She pointed out that ZELS, with the support of UN Women, has been working for the past six years to support the coordinators for equal opportunities and the municipal councillors, members of the Commissions on Equal Opportunities; developed the ZELS Strategy for support of the municipalities for gender equality, as well as the electronic platform www.rob.zels.org.mk, through which all documents and good practices in this field are placed and exchanged. – “We have already developed communication protocols that will help the coordinators, and above all the municipality for better implementation of legal obligations and gender policy building and we are working intensively with the members of the Lobby Group, especially in conditions when a new Law on Equal Opportunities for Women and Men is being prepared,” said Perisic and added that ZELS will continue to detect the challenges faced by the municipalities and will intensively help them to overcome the same. 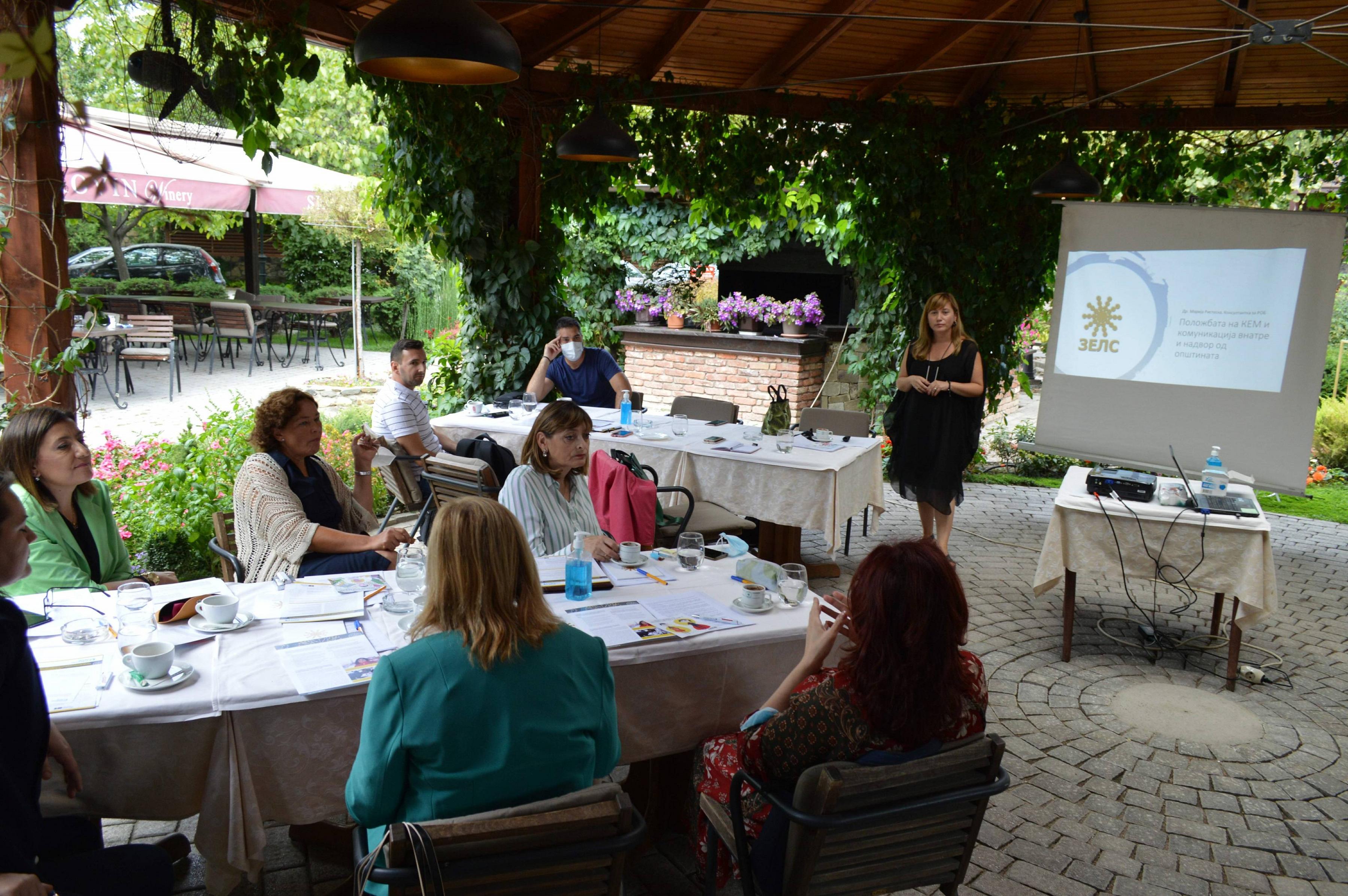 The experts engaged in the project pointed out that the municipal coordinators for gender equality are recognized as a significant driver of the gender perspective in the community and persons who should detect trends of inequality in the municipality and initiate the creation of appropriate policies. Although more and more intensive work is being done on strengthening their position, there is a small number of municipalities that have appointed such persons in the systematization or, in general, have a certain person who, in addition to other competencies, will perform activities in this area as well. Within the project, efforts are being made to strengthen their position, to give them more support, and in that direction is the development of the Handbook for coordination of equal opportunities for women and men in the units of local self-government, which contains the protocols for internal and external communication, for the preparation of important documents that are a legal obligation of the local government, for the role of the coordinators and the Commissions for Equal Opportunities and other issues and policies in the field of gender equality at the local level. Both the Handbook and the protocols will soon be posted on the electronic platform www.rob.zels.org.mk and sent to all municipalities. 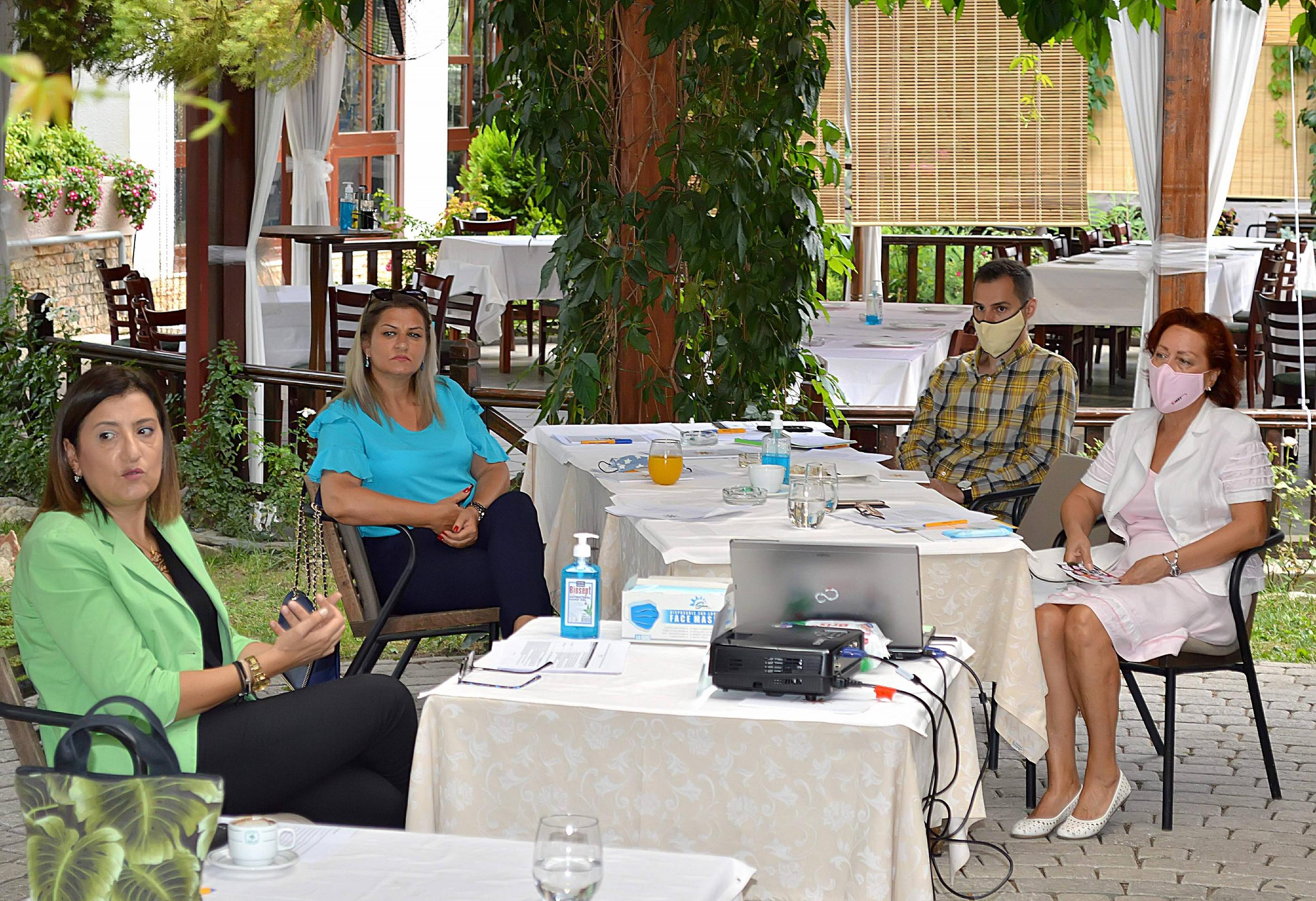 Starting from January, other 10 municipalities will receive direct support from UN Women

“The support we give to ZELS and the municipalities gives very good results. Working at the local level is very important and this is where the results are most noticeable. We have municipalities that develop strategies for gender equality, in most of their programs they introduce gender budget planning, but we also have municipalities that show smaller results. “Equality should be ensured at the local level in the implementation of activities and obligations for gender equality,” said Ivona Paunovska Bisevac, UN Women Representative in our country. She pointed out that the local authorities showed great flexibility in the conditions of the crisis with COVID-19, but everything that was realized should be implemented more sustainably. – “So far we have given direct support to 21 municipalities, and starting from January 2021 we plan to include 10 other municipalities. The large number of good practices that are implemented will be an example for all other municipalities in the country and the region. We have a good institutional framework and we are an example in the region, especially in the part of the electronic platform, but also with the establishment of the Lobby group of ZELS, “ stressed Bisevac. 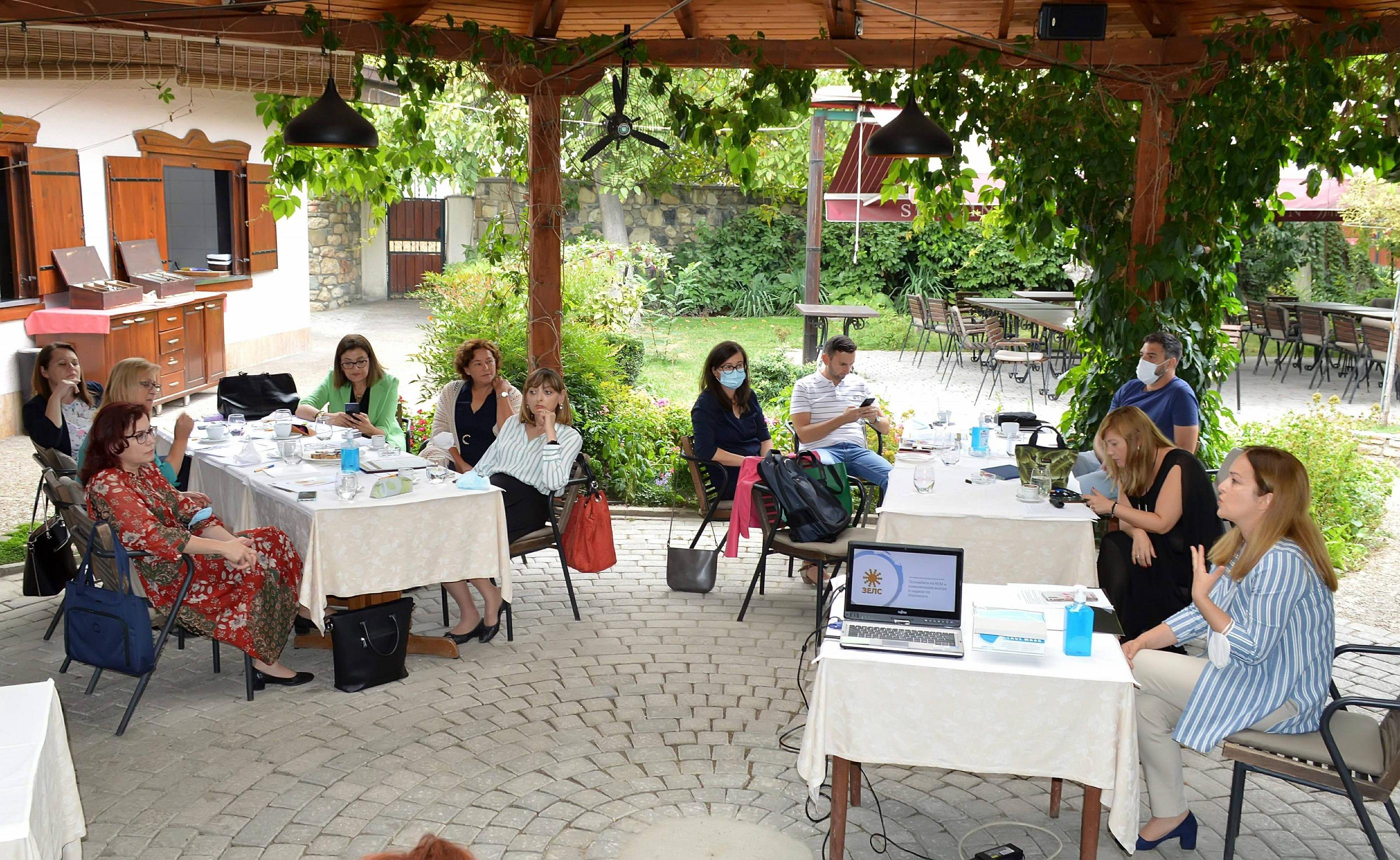 The issue of gender equality in many municipalities is marginalized, say the MLSP

“Unfortunately, in many municipalities, the issue of gender equality is marginalized. There is also a great variety of undertaking and implementation of activities in this area, and it all comes down to the level of sensitivity of the mayor on this issue. This conclusion came from the previous assessments of the essential problems in the implementation of the Law on Equal Opportunities for Women and Men, which was made by the MLSP, ” said the representative of this Ministry, Jovana Trencevska. In that regard, she informed the participants that a Working group has been established, in which ZELS has its own member, and which through a transparent process will prepare a new Law on Gender Equality. Trenchevska stressed that it is planned to strengthen the role of municipal coordinators and to systematize their workplace. They will receive significant responsibilities, including coordination of processes, collection of valid data, preparation of analyzes, creation of initiatives for determining local policies in this area and so on. The role and tasks of the coordinators will be defined in a special chapter. It was pointed out that one of the main novelties is the initiative for providing Secretariat for Equal Opportunities, established in the Government of the Republic of North Macedonia, within which the establishment of a Training Center is also planned. The aim is to achieve successful implementation of the legal provisions, due to which the involvement of the inspection services is also planned, i.e. the inspectors to be given the mandate to perform supervision in this area. The role of the Commission for Equal Opportunities, which should ensure the opening of a number of hearings and the establishment of recommendations for improving the implementation of the Law, will be strengthened in the Assembly. Appropriate involvement of the Parliamentary Institute, which would have the task of “feeding” MPs with information to open many issues for equal opportunities, will also be ensured. Changes are planned in the functioning of the Inter-Ministerial Group, which has proven to be a “complicated body”, so it will be given a more expert role as well as the opportunity to monitor the work of the Secretariat. All these organizational and other changes, supplemented by providing a legal obligation for mandatory creation of gender-responsive budgeting of institutions, in the near future should provide significant improvement of the situation with gender equality in our country, said Trpcevska. She stressed that in such a systemic approach of things, quality implementation at the local level is of particular importance, where all the challenges in the community, but also all the positive results that these changes should give, are most visible.