“Forum of Municipal Practices: Towards Gender-Responsive Municipalities” was the topic of the conference held on June 25th, 2021, in Skopje, organized by ZELS. This event completed the two-year period of implementation of the activities of the project “Towards Gender-Responsive Municipalities: Strengthening Municipal Capacities for Gender Policies and Gender-Responsive Budget”, implemented by ZELS with the support of UN Women, Skopje, which is funded by the Swiss Agency for Development and Cooperation (SDC) and the Swedish International Cooperation and Development Agency - SIDA.

Women mayors and mayors, women councillors and councillors from the Lobby Group for Gender Equality at ZELS, as well as coordinators and women coordinators for gender equality from the municipalities, discussed the challenges faced by the local government in building administrative capacity and creating and implementing different gender policies in segments of municipal competencies. 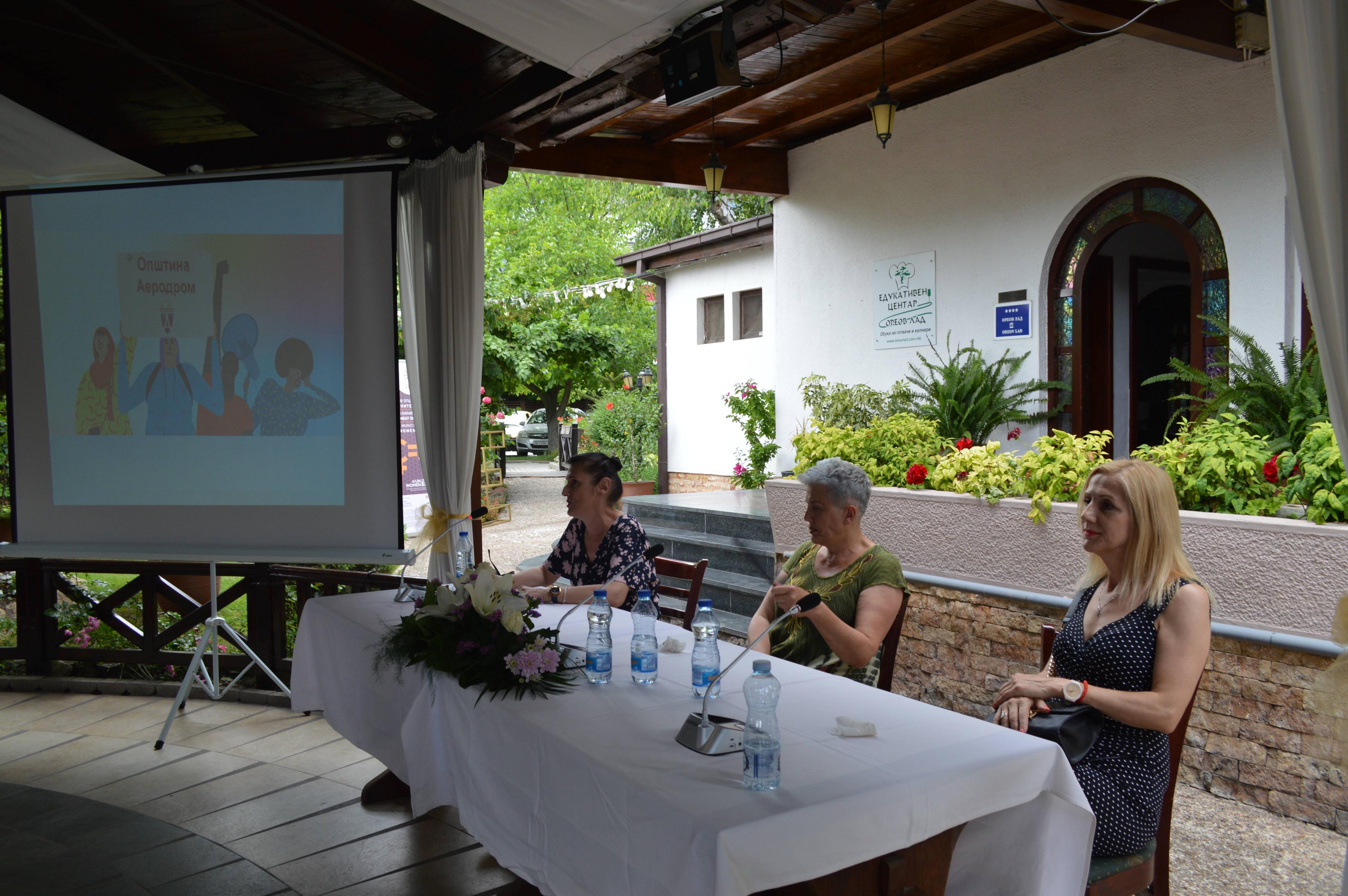 The participants were greeted by the Executive Director of ZELS, Dusica Perisic, who spoke about the key role of the Association in building the capacity of local governments to create and implement gender policies and gender-responsive budgeting. She pointed out that in the past period the activities are generally based on the previously established Strategy for Gender Equality of ZELS (2018 -230) but also on the cooperation with UN Women. The project results, including the latest brochures that represent significant support for advancing communication between employees within the municipality and the municipality's communication with the external public in the area of ​​gender-sensitive issues, were presented. It was pointed out that the experiences that each municipality gained in this area are a valuable source for further upgrading of knowledge in solving such challenges.

The mayors of Bitola and Makedonska Kamenica, Natasha Petrovska and Sonja Stamenkova, as well as the President of the Council of the Municipality of Kriva Palanka, Izabela Pavlovska, all members of the Lobby group for gender equality at ZELS also addressed the audience. They expressed great gratitude to ZELS and UN Women for the overall support so far and pointed out that it should continue in the next period. The political commitment to this issue has improved, the capacities of the coordinators for equal opportunities have been raised to a high level, the inter-sectoral communication and cooperation in sensitizing the issues of gender equality within the municipalities has improved, and less and less programs are being adopted by councils, in which there is no involvement of the gender aspect. The participants were greeted by the Mayor of Stip, Sasko Nikolov, who emphasized that in his municipality more and more gender statistic data are applied, which are an important base for creating gender policies and support of the citizens in order to achieve gender equality at every level. 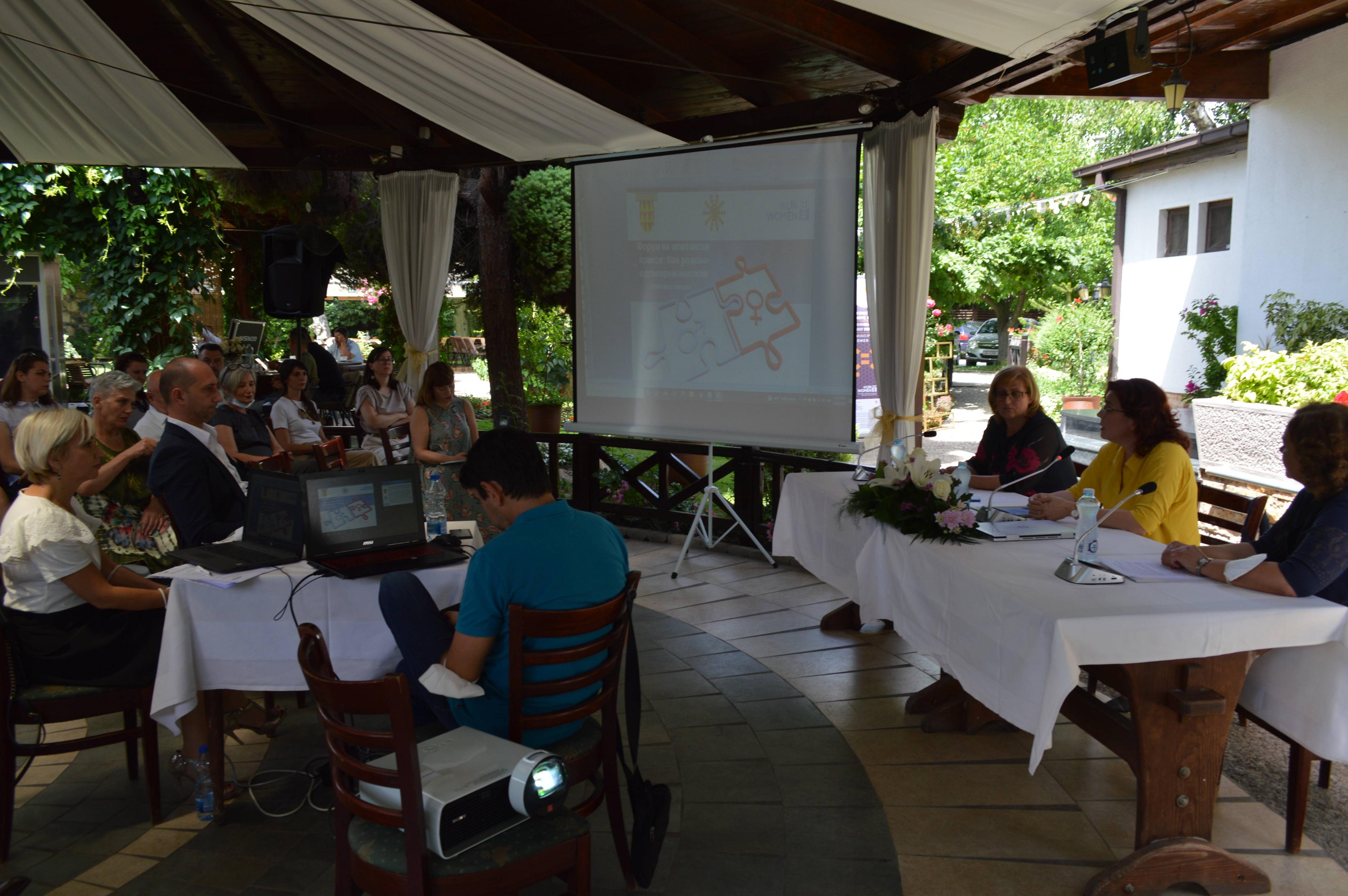 The coordinators from the municipalities of Kocani, Delcevo and Karpos, Ljubinka Ajtovska, Daniela Takeva and Violeta Cvetkovska spoke about the importance of advancing the communication of the coordinators for equal opportunities with all sectors in the municipality and with the external public and the media. All pointed out that two-way communication is key to raising awareness of both municipal employees and the general public about the importance of gender issues. Good practices were presented by the coordinators from the municipalities of Centar, Aerodrom and Gorce Petrov, Drita Iseni, Vesna Markovska and Dance Vasilevska. The participants pointed out that raising the level of sensitivity to this issue has initiated a series of activities that ensure gender equality and thus raise the level of respect for universal human rights.