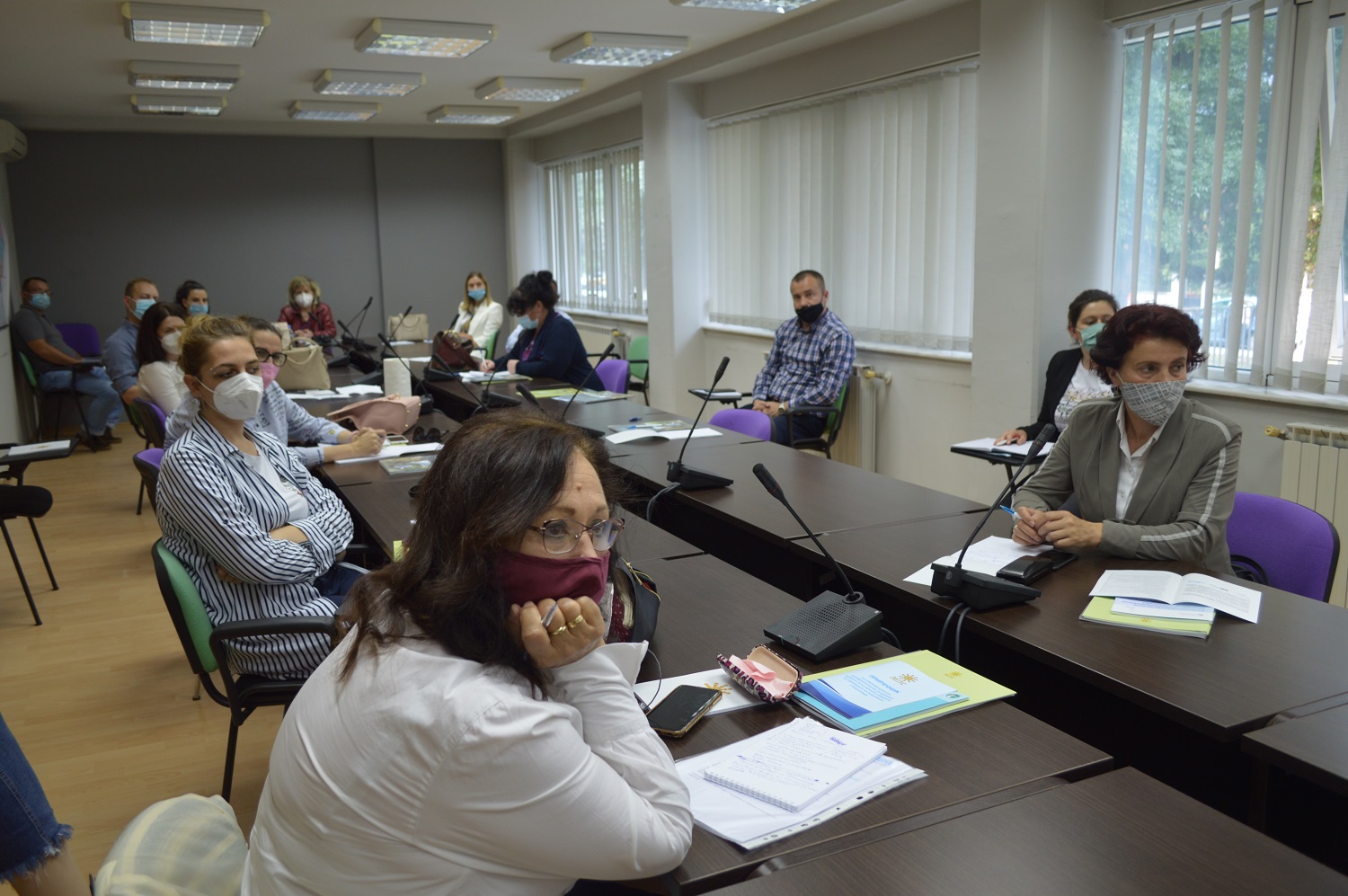 “Localization of the National Action Plan (NAP) for the implementation of UN Security Council Resolution 1325: Women, Peace and Security” was the topic of the training organized by ZELS on 7th and 8th June 2021 for the representatives of the municipalities. The coordinator for gender equality; the person in charge of crisis management, as well as the person in charge of social protection/cooperation with non-governmental organizations from the municipality were invited to the training. The training was conducted as part of the project “Towards Gender-Responsive Municipalities: Strengthening Municipal Capacities for Gender Equality Policies and Gender-Responsive Budgeting (2019-2021)”, which ZELS implements with the support of UN Women, and took place in the premises of ZELS Training Center, where all protocol measures related to the prevention of coronavirus were provided.

Resolution 1325: Women, peace and security was adopted by the UN Security Council on 31 October 2000. It emphasizes the importance of equal participation of women in the prevention and resolution of conflicts and building sustainable peace (https://www.usip.org/gender_peacebuilding/about_UNSCR_1325). Resolution 1325 addresses two essential issues: the inadequate impact of armed conflicts and wars on women and girls, as well as the role that women should play in preventing conflicts and building peace.

The resolution is based on four main pillars. The first pillar urges states to increase the participation of women at all levels of decision-making, in the institutions themselves: in preventing, managing and resolving conflicts; in peace negotiations, peace operations, like soldiers, police officers and civilians. In the second pillar, the commitment is to ensure the protection of women and girls from sexual and gender-based violence, including in emergency and humanitarian situations as well, such as refugee camps. In the third pillar, the Resolution urges for the improvement of intervention strategies in preventing violence against women, including by prosecuting those responsible for violations of international law; strengthening women’s rights under national law; and supporting local women’s peace initiatives and conflict resolution processes. The last pillar urges for advancing relief and recovery measures to resolve international crises by including the gender perspective, including respect for the civilian and humanitarian nature of refugee camps and considering the needs of women and girls in designing refugee camps and settlements. The integration of gender perspectives into all missions undertaken by the Security Council and the provision of a gender perspective and training in UN peace support operations are part of the key commitments.

How to effectively implement Resolution 1325 at the local level

In the training, special attention was paid to the support of local government representatives in focusing on the challenges of this area in terms of further creation of local policies and documents for the implementation of NAP activities for the effective implementation of Resolution 1325: Women, peace and security. It was pointed out to the need for policy development and taking concrete activities for ensuring greater involvement of women in decision-making processes at all levels on security-related issues at the local level (local prevention councils, crisis headquarters ); stressing the need to conduct gender-sensitive trainings for representatives of local self-government, but also for representatives of established local mechanisms; identifying security risks at the local level, analyzing their impact on women, as well as the role of women in their prevention (ethnic conflicts; the presence of illegal weapons; violent extremism and terrorism). It was also emphasized the need to accurately identify problems (if they are found to exist) related to women’s safety at the local level (violence against women and domestic violence; violence against women and girls in public space; trafficking in human beings). Then, identifying the risks of natural disasters, pandemic from COVID-19, etc.; envisaging measures at the local level in order to implement Resolution 1325 and providing budget funds; establishing clear goals, indicators and time frame; development and implementation of local action plans, and other.

A representative from the Ministry of Defense of the Republic of North Macedonia, member of the Working Group for preparation of the NAP, was also invited to the training, who, among other things, presented concrete examples of efforts made by this ministry in order to effectively implement this UN resolution and ensure greater involvement of women in the ranks of this ministry.

Certain recommendations for the effective implementation of Resolution 1325 arose from the discussion. The need for conducting a broad national campaign to promote the National Action Plan (NAP) and the opportunity to participate in the creation of local plans for the implementation of the Resolution were pointed out. Improving the mechanisms for monitoring and evaluating its implementation; review of action plans through annual meetings; providing a coordination and communication mechanism within the Inter-Ministerial Implementation Working Group. The need for additional advancement and promotion of women within the institutions was also pointed out; conducting gender analysis and collection of gender-disaggregated data by state and local institutions; increasing access to data and analysis, improving issues related to peace and security, etc.