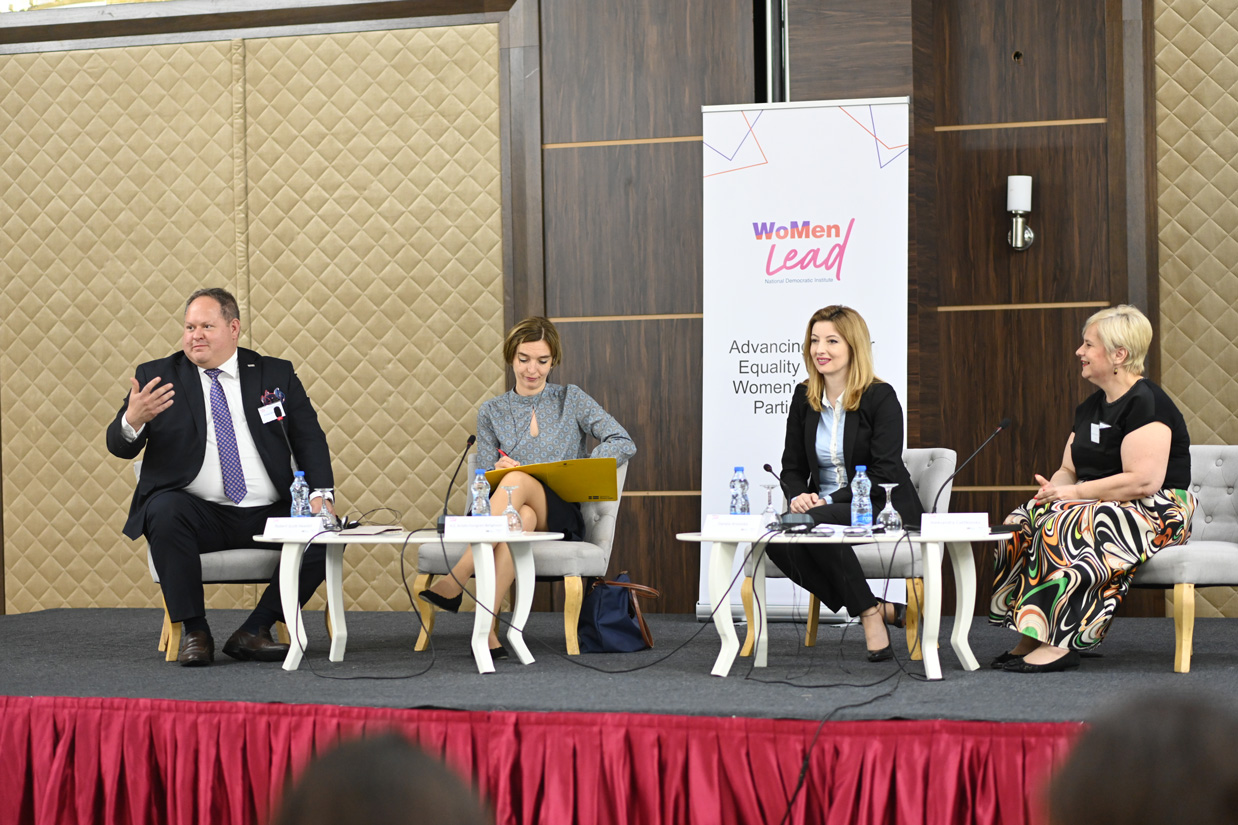 From May 5-7, 2022, under the organization of the National Democratic Institute – NDI in Skopje, a training was organized for 70 councillors from the Commissions for Equal Opportunities from 20 municipalities on the topic: “Strengthening the Committees on Equal Opportunities – Legal Framework, Rights and Responsibilities of the committees” from the WoMen Lead project “Promoting gender equality through political participation of women,” where ZELS also had its representation.

In her welcoming addresses, the President of ZELS and Mayor of the City of Skopje, Ms Danela Arsovska emphasized that any activity aimed at improving equal opportunities, such as the activity of NDI, should be a positive input in creating equal opportunities for all citizens. “Every service provided by the municipalities should be seen through the prism of whether it is equally accessible and necessary for women and men,” said President Arsovska. The Association of the units of local self-government is a strong national partner in the field of gender equality and it is very important that all commitments are recognized by international partner organizations and local governments, as well as municipal councils, were part of the messages in the introductory part where, in addition to the President of ZELS, the Ambassador of Sweden, Ms Kristin Forsgren Bengtsson and Mr Robert Scott Heaslet, Senior Resident Director of the National Democratic Institute – NDI also addressed.

On the second day of the training on the topic: National strategic documents and legal framework for local self-government units and the role of ZELS in integrating gender equality in local policies and budget, the coordinator for gender equality in ZELS, Ms Irena Nikolov spoke about the obligations and responsibilities of councillors arising from the Law on Local Self-Government and other special laws that regulate the competencies in the municipalities. Through their examples were included the councillors who talked about their experiences so far in terms of organizing council sessions, the work of the Committee on Equal Opportunities, its importance and obligations in terms of promoting equal opportunities in municipalities. Furthermore, with presentation and examples from the municipalities, other committees working within the council were presented and the possibility of involving external members (experts) from certain areas in the work of these bodies of the municipal council was pointed out.

The other sessions of the training covered topics related to National strategic documents and legal framework for achieving gender equality at the local level, good governance, reaching consensus, principles of inclusiveness and transparency, anti-corruption and how to fulfil our function? How can we better respond to the needs of citizens?

The training was aimed at building relationships between women members and members within the Committees on Equal Opportunities at the municipal level, but also networking with colleagues from other municipalities.